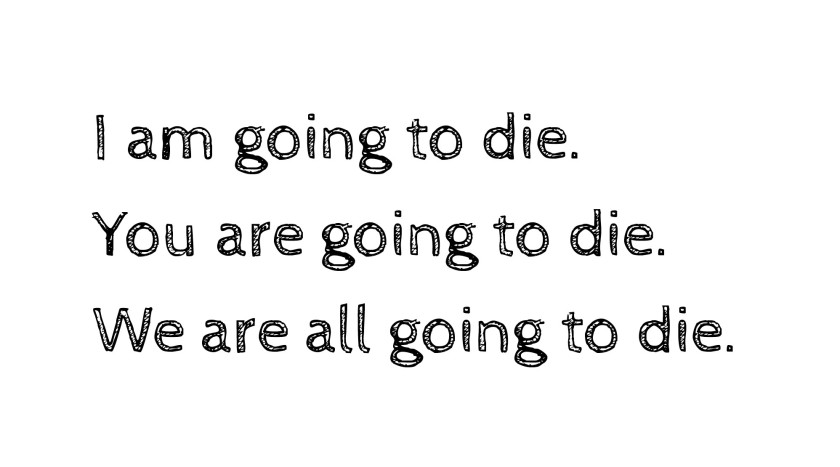 Emma is scared of choking on food as the cause of her death. Hanna is afraid of dying as a result of food poisoning. However, after having shared a lot of wine and cheese as part of their Death Chat visits in 2014 at a South East London hospice Emma and Hanna were fascinated by the fact that wine and cheese made it so much more comfortable for everyone to talk about death, that they want to now share that experience –

In Let’s talk about death, baby performance makers Emma Berentsen and Hanna Rohn  focus on the relationship between food and death. Part performance, part honest conversation they explore the many aspects of death in our current western society – from deeply personal decisions to its commercialisation.  Since both artists have eaten and performed with people from a South London hospice in 2014, they have been especially fascinated by the connection between food and dying: A connection between survival and the end of it, a connection inscribed in various rituals: From the motive of the last supper which is currently given new meaning by the assisted suicide movement to the Austrian tradition of ‘Leichenschmaus’.

Death is still a taboo – even in a world confronting us with increased individualised decisions of how we want to leave. Food, on the other hand, is comfort. Let’s talk about death, baby invites a small audience to a table where food and memories, stories and opinions are to be shared and new connections are to be made.

Premiered at Theater am Lend, Graz, Austria in March 2018